Tonight is the final show of our 2016 40th Anniversary Tour back in Boston where it all started. All of us in the band feel these live performances have been our best yet and this final show is the culmination of a fantastic tour we should be celebrating wildly. Except for one extremely sad fact; one our closest associates for over 30 years, and a dear friend of mine, will not be there to see it. Five days ago William F. Clack, an integral part of BOSTON’s technical team, passed away suddenly and unexpectedly.

Bill was one of the few people I considered a true friend in all senses of the word, and someone I admired greatly. He was much more than just an indispensible engineer that made it possible to take the idea for the wall of electronics behind BOSTON from rough sketches to realitiy, he was an exemplary human being. 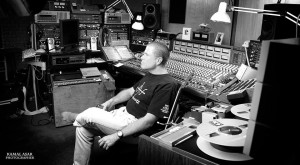 He chose principle over personal gain. He had empathy for all living things and put other’s happiness above his own. He was a dedicated father and husband. He enjoyed all that life had to offer and seldom had a negative word to say about anyone. He had an insatiable scientific curiosity and inspiring determination to learn and understand how and why all things happened. And while I am left searching for an answer to why such a good man was taken at such an unitimely moment in his life, I take some comfort in the thought that he lived his life better than anyone I have ever known. We will all miss you Bill.