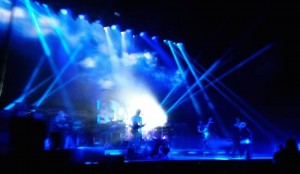 What a way to start the tour, three sold out shows for terrific fans, friends and family!

As a musician, when you get the chance to make an album, you’re just hoping it will be liked enough to get  “15 minutes of fame”. The fact that so many people still want to hear us play those songs 40 years later really proves what a great job Tom did writing, playing, engineering and producing that first record. All of us in the band are proud to be able to play the songs that mean so much to so many fans, young and old. Looking out into the audience and seeing everyone smiling and singing along is the best feeling (more than a feeling, really) that any musician can have! Rock on!
~ Gary Pihl